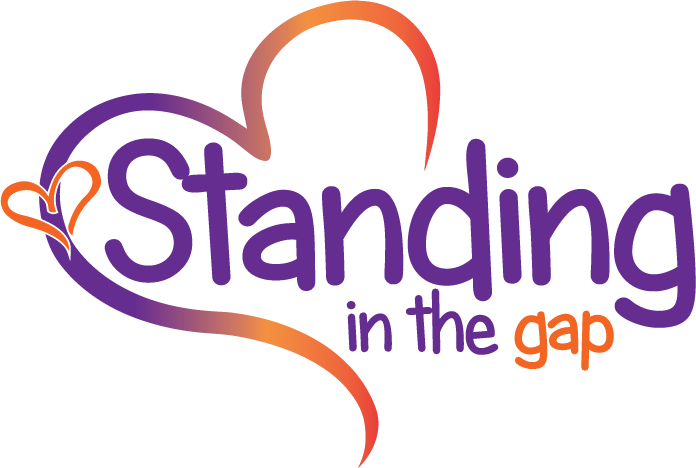 For Beaver Falls’ downtrodden, group reaches out for ‘a future and a hope’

For Beaver Falls’ downtrodden, group reaches out for ‘a future and a hope’

The three women in purple T-shirts walked purposefully down Seventh Avenue, the main street in downtown Beaver Falls, past a mix of shops, vacant storefronts and addiction-treatment services.

As darkness gathered on the sweltering late September evening, the women were on the lookout for what they call “our girls.”

The women have a ministry called Standing in the Gap — or “S.I.T.G” as it reads on their T-shirts. They take to the streets every Tuesday evening, and many other nights as well, to seek out women who are stuck in opiate addiction, prostitution and a punishing cycle of arrest, jail and a stigmatizing criminal record.

The three women turned up a side street, and there they saw a familiar face. They embraced as the woman told of getting out of jail after several months.

Soon they were huddling on the sidewalk in prayer.

“Father God, we just thank you for Ashley,” said Andrea Cottom-Anderson, founder of the street ministry. “Put in her heart and mind, Lord God, that we are here to help her. And we ask that you keep her safe.”

The trio handed the woman cold water and a brown bag with items such as chips, crackers and fruit. On the outside was written the same Bible verse the women had neatly written in marker on numerous other bags they carried for just such encounters: “ ‘For I know the plans I have for you,’ says the Lord. ‘… To give you a future and a hope.’ ”

The women exchanged phone numbers so they could keep in touch.

“And you be praying for us, too,” Ms. Cottom-Anderson said as they parted. “All right, Ashley. See you, baby.”

The three women — Ms. Cottom-Anderson, Victoria Lee and Sirena Ours — started the ministry about three years ago.

They’re not ordained ministers, and they belong to different churches, but they are fueled by an intense Christian faith and regular rounds of prayer, and they’re trying to bring a sense of hope amid despair.

On a recent walk through the streets of Beaver Falls, accompanied by a Pittsburgh Post-Gazette reporter and photographer, they pointed out the familiar sites — a shady transaction here, drug house there, a former one over there.

“We’re not out there to stop anyone from what they’re doing,” Ms. Cottom-Anderson said. “We’re just out there as a presence and a reminder out in the streets that God loves you and this isn’t the life that he has chosen for you.”

And when a woman is ready to leave the streets and seek drug rehabilitation, the group helps her find referrals.

The challenges are daunting, though.

Often there’s a waiting list at drug treatment centers. And until an affordable spot opens up, there often aren’t opportunities to make a living for a woman with a criminal record, outside of the streets.

The ministry participants expressed frustration that when women on the street are arrested, they often face exorbitant bonds that put them behind bars for weeks or months even before they get their day in court. That disrupts family relationships, housing and prospects for legitimate jobs.

In the time since the launch of Standing in the Gap, the participants are aware of at least three women who have died of overdoses.

“Even the stories where it seems like [the women] failed, it just encourages you to try harder,” said Ms. Ours, 32, a Beaver Falls resident and member of St. Monica Catholic Church in Chippewa. “Maybe you can’t save this person, but maybe you can save the next person.

Ms. Cottom-Anderson, 50, a member of Beaver Falls Christian Assembly, said the idea for the ministry grew out of prayer over the opiate crisis.

“For me this is personal,” she said. “I lost my niece. We didn’t realize she was on heroin. She was 29 and left behind two children.”

That grief led to a growing concern for women who are addicted, particularly those who are also selling their bodies to pay for their drugs.

Ms. Cottom-Anderson contacted other women, of various Christian denominations, asking them to consider joining. Ms. Ours and Ms. Lee, 58, of New Brighton, agreed to help form the ministry’s core team.

The name, Standing in the Gap, is a biblical reference to defending a city at a breach in its wall. Ms. Cottom-Anderson said it also refers to helping fill gaps in available social services.

It may seem surprising that a small Beaver County town would have a significant prostitution problem. Yet Beaver Falls has struggled with a long economic decline. Its population of 8,500 is about half its mid-20th century level at its industrial peak.

And it shares the challenges of “many beautiful yet under-resourced communities” in Western Pennsylvania, said the Rev. Marc de Jeu, pastor of Soma, a church that provides a home base for Standing in the Gap.

“It really revolves around opiate crisis. That’s been a crisis for a while,” he said.

Soma is a new Presbyterian congregation in Beaver Falls that was created in 2010. When the former First Christian Church on Sixth Avenue closed recently due to declining membership, it donated its historic sanctuary to Soma, which named the structure The Well with an aim of providing space for various community groups.

“They’re not trying to provide a thousand and one different services” to women on the street, he said. “They want to point them in that direction, but they’re first and foremost there to say, ‘You are loved and lovely.’ ”

The three women’s recent Tuesday evening outing began at The Well in a small upper room. Ms. Ours was busily packing bags of food and toiletries for distribution that night.

Behind her on a chalk board, the words “Pray for” stood atop columns of names: Brittany, Brandon, Lisa, Hope, Billie Jo, Janelle, Dusty, two Lauras and several others.

Once they were ready to head out to the streets, the three women joined hands with the Rev. Kevin Lee, Victoria’s husband and pastor of Lifeway Christian Fellowship in Beaver Falls.

“Walk with us, them, protect us and allow us in some way to aid those who are disenfranchised,” Rev. Lee said as the women uttered “Yes, Lord” and “Amen.”

Then they set off on foot.

Rev. Lee sometimes accompanies the women on their evening walks, keeping some distance behind them so they can talk confidentially to the women they meet.

At times on their walk, it would be easy to forget the gravity of their errand. On some tree-lined streets, crickets serenaded residents enjoying ice cream on their front porches or greeting passersby.

But elsewhere, the women knew there was regular drug use or prostitution. At one house, a rail-thin woman stood at a door. A man approached, carrying a bicycle.

“What you doing, baby doll?” he asked.

He unlocked the door and she followed him in.

On Seventh Avenue, the women passed a long-vacant former Rite Aid building, a three-story building with the letters S.I.T.G. displayed on the door. The former owner sold it to the ministry for a dollar in 2015. The group faces challenges such as fundraising and dealing with property taxes while they get their nonprofit status approved. It hopes to create a haven for women seeking recovery.

In the meantime, the group is not waiting for a building. After praying with Ashley, Ms. Cottom-Anderson greeted a cluster of men and women on a nearby front stoop.

“How you doing?” she asked. 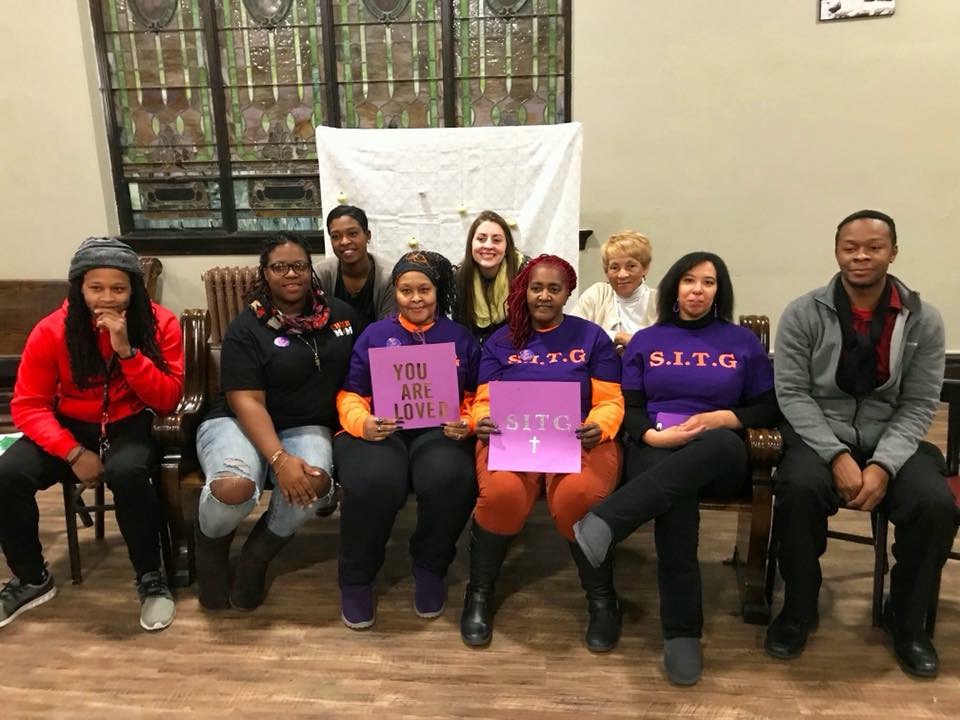